← more from
TIGERSUSHI RECORDS
Get fresh music recommendations delivered to your inbox every Friday. 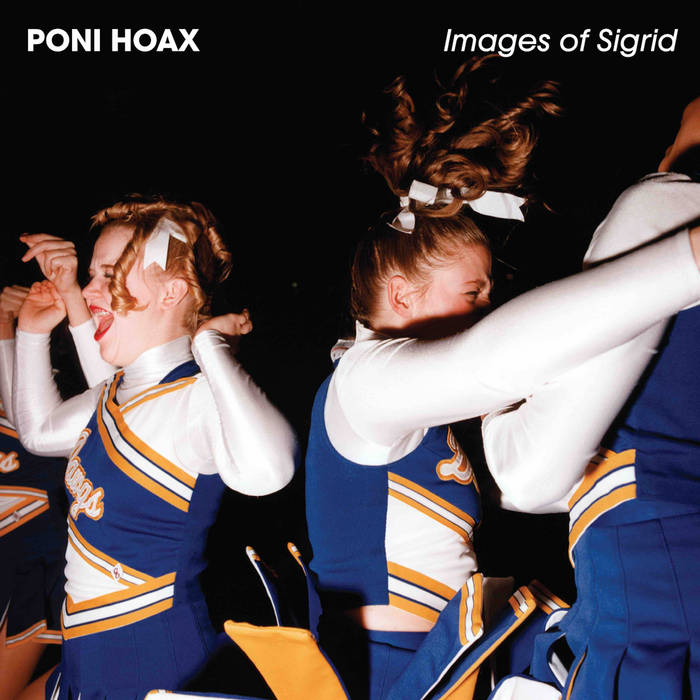 This is the second full-length release from Poni Hoax, the 5-headed French pop/post-punk/post-techno/disco juggernaut. From the release of their first single in 2005, Budapest, to their debut self-titled release in 2006, Poni Hoax has been a living testament to the dark, cathartic power of disco and electro-pop. The band presents itself on stage as a rocking dancing machine, described by a raving press as a combination of Nick Cave and Giorgio Moroder. Maybe. Poni Hoax are not a local hype but an urban legend. Poni Hoax are not an infant disease but a tropical virus. Poni Hoax are not a soap opera but a spectral odyssey. Poni Hoax are not a placebo but hard drugs. Poni Hoax are a paradox. A Frankenstein composed of completely different body parts. Images of Sigrid was produced by Tigersushi head Joakim, who knows a French band is not just a French band, but has the capacity to reach supersonic speed and break all boundaries. This second album is a collective work joining the dots between pop and avant-garde, rock and electronic music, disco and new wave, R n'B and ambient, just like its great predecessors Roxy Music or the Talking Heads. One thing remains constant through these 13 tracks, the will to write everlasting pop songs, universal anthems like "Antibodies," "Hypercommunication" and "Crash Pad Driver." In the mist of this digital megalopolis, you'll meet a few ghosts: a suicidal painter, a young girl who believes in happiness, and all the ones who remained quiet when you begged for forgiveness. Laurent Bardainne (music and keyboards) Nicolas Ker (lyrics and vocals), Arnaud Roulin (keyboards), Nicolas Villebrun (guitar), Vincent Taeger (drums and percussion).

Bandcamp Daily  your guide to the world of Bandcamp

Little Brother joins the show to discuss their beautiful journey, plus tunes from Fat Tony